The Toronto People’s Assembly on Climate Justice (TPACJ) 2015 is inviting everyone to help and organize a People’s Climate Assembly.

From November 30th to December 11th, the United Nations will convene the 2015 Climate Change Conference in Paris. We can expect the governments of rich countries, including Canada, to do all they can to make sure nothing meaningful is done about the climate crisis. In response to the stalling tactics of our governments, society must build people power.

-- The Assembly will take place on November 27th/28th, and there will be a rally in both Toronto and Ottawa on the 29th as part of a global call for actions on climate justice.
​
TPACJ will bring together activists, organizations, people from all walks of life for an open forum to discuss community-based responses to the climate crisis. The gathering will feature workshops, panels, and assemblies and a pre-party. This event is a direct response to the 2015 United Nations Conference of the Parties talks on the climate in Paris, and seeks to find alternatives outside of government and industry initiatives, which have served the interests of the rich, rather than people today or our collective future.

​GLOBAL CLIMATE MARCH
Nov 29. With Love and Hope. We #ClimateMarch

In the eve of the most important global climate meeting of our lifetime, hundreds of thousands are hitting the streets worldwide, with love and hope, to show leaders how to lead, and fight for a beautiful, equitable, post-fossil fuel 100% clean energy future. Find your march here: http://globalclimatemarch.org​ 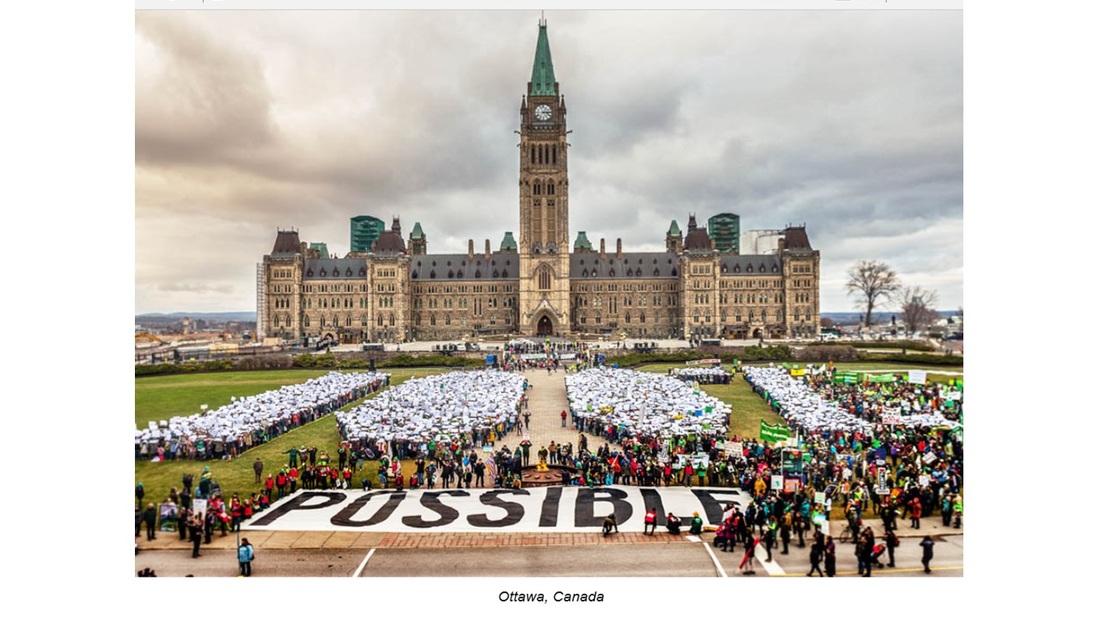 From Toronto to Paris: Light the Way to Climate Action was held at Queens Park in downtown Toronto with an estimated 3,000 in attendance. The event was opened by Crystal Sinclair and other members of Idle No More Toronto who sang a water song.

The crowd called upon Prime Minister Trudeau to commit to 100% clean energy by 2050. The solar-powered People's Climate Torch was lit and passed hand-to-hand by young climate leaders saying the words "we have wisdom, courage, commitment."

A parade of lights was led by Idle No More Toronto, which ended in a circle dance to the music of Afro-Brazilian percussion group Baque de Bamba.